I’m a music critic at  the Swedish newspaper Svenska Dagbladet (svd.se) and a freelance journalist, writing about culture in general and focusing on the global development of music. Producer and director för the documentary tv series Fonko, produced by Story, about contemporary African music.

Among my customers are magazines, newspapers and web publications like Omvärlden, All Music, Ordfront Magasin, Lira, Populär Historia, Göteborgsposten, Re:Public and Tidningen Frihet.

I also do dj-sets and have ten years’ experience of translating from English to Swedish. 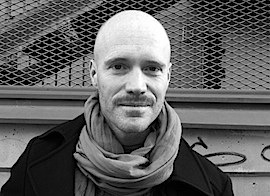